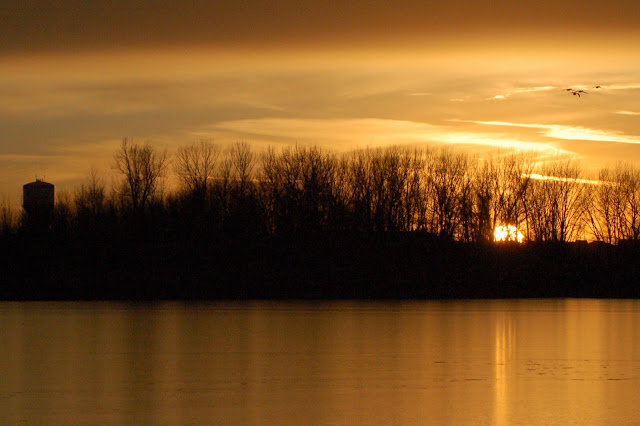 Email ThisBlogThis!Share to TwitterShare to FacebookShare to Pinterest
Labels: sunset 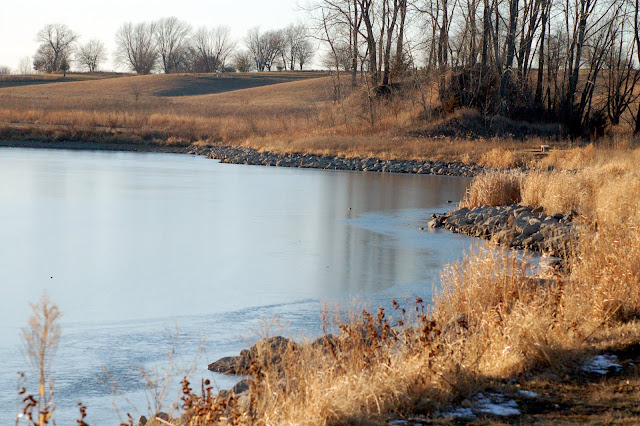 All photos from Christmas Eve at Ada Hayden (Dec 24, 2001, 4:00pm)
Spent an hour or so at the park on Christmas Eve.  It was a very warm December afternoon and many people were out enjoying the trails and the scenery.  Most of these photos are around the north lake.
Posted by Kevin Kane at 9:14 PM No comments:

Erv is kindly sending me his backlog of field notes he has compiled over the last 6 month or so.  You can find them on the page menu above or here. I will add them all as soon as I can.
Kevin
Posted by Kevin Kane at 8:21 PM No comments:

As many of you know, Erv Klaas was one of the principle forces behind the creation of Ada Hayden Heritage Park.  His leadership of the "Friends of Hallett's Quarry," along with Kay Berger, galvanized the community behind the project.  Erv is still leading the way at AHHP, now serving as President of the "Friends of AHHP" Board of Directors.  Erv has always been a career and personal mentor to me and it's been a privilege to have been involved in the Hallets/Hayden cause with him from early on.

Erv gets out to the park almost everyday and like a true scientist with a flair for creative writing documents his trips as his field notes.  I've asked Erv if I can share these field notes with you and he has graciously obliged.  Here is his latest version:

Field Notes 16
Tuesday, December 27, 2011, 2:30-3:30 pm
Sunny, temperature 34 degrees F., brisk wind from the Northwest
The north lake was entirely frozen over except for a small area near the bridge. The south lake was mostly open except for the west arm and a small area of ice near the outlet.

White-cheeked geese (Canada and Cackling) numbered about 700. The Snow Goose family is still here. I estimated about 100 Mallards, one female Lesser Scaup and two American Coots. I met a nice lady on the trail who told me about two deer on the wetland across the trail from the west arm of the south lake. Sure enough, two very large does were lying under a willow tree. They showed no alarm as I walked slowly past.

Erv Klaas
Posted by Kevin Kane at 6:26 PM No comments:

This video was taken after sundown from the new fishing pier on the north shore of the north lake panning from south to west.  You can hear the geese overhead as they come back in to the south lake.  You can see Venus at the very top of the video in the southwestern sky almost directly above the water tower.
Posted by Kevin Kane at 2:14 PM No comments: 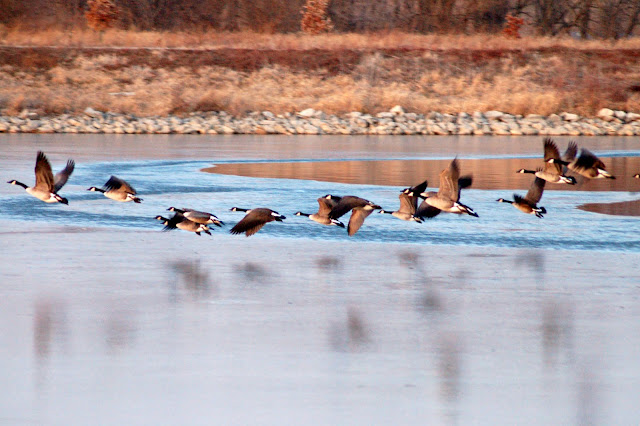 All Photos from Dec 27th, 2011 - 4:30-5:30pm
Another beautifully clear evening.  I arrived at the Stonebrooke trailhead about 4:40 and most of the geese had left.  I caught the last groups taking off.  as I walked around the south lake I got some nice sunset pics.  At the southwest corner near the past the outlet the wind was pushing the ice that had been melting into the corner.  The fracture ice colliding with itself and against the rocks created a fairly loud wind chime effect (see video in previous entry).
Posted by Kevin Kane at 12:44 PM No comments:

On a walk around Ada Hayden Park on the evening of Dec 27, 2011.
When I got to the southeast corner of the south lake and heard the coolest sound - it was the ice breaking up into small pieces and being pushed by the wind into the corner of the lake. It sounded like thousands of tiny wind chimes - you can hear a little of it in the video. Then the geese started coming in. Very cool.

*title courtesy of Kelly Poole and Robin McNeely
Posted by Kevin Kane at 11:53 AM No comments:

As we approach a new year, I've been reenergized by spending time outdoors in this beautiful December weather.  As a newly elected board member of the Friends of Ada Hayden Heritage Park, what better project than to help document our Friends forays through the park throughout the year.  I plan on posting events, pictures, videos, observations, field notes, and other reflections of the park.  If you'd like to post anything please let me know!

Thanks,
Kevin Kane
kkane.home at gmail.com
Posted by Kevin Kane at 11:30 AM No comments: