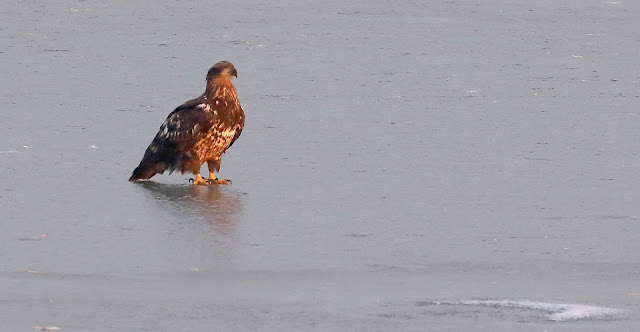 Initially there were two immature Bald Eagles on the north lake ice, but one flew off while I was extracting my camera from the bag.  I had thought that the bridge railings would offer some concealment protection.  The eagle was near some Canada Geese, but I never saw an attempt to take one.  Eventually this eagle also took flight. (Wolf. Oesterreich, 1/9/20)
Posted by Kevin Kane at 8:55 AM