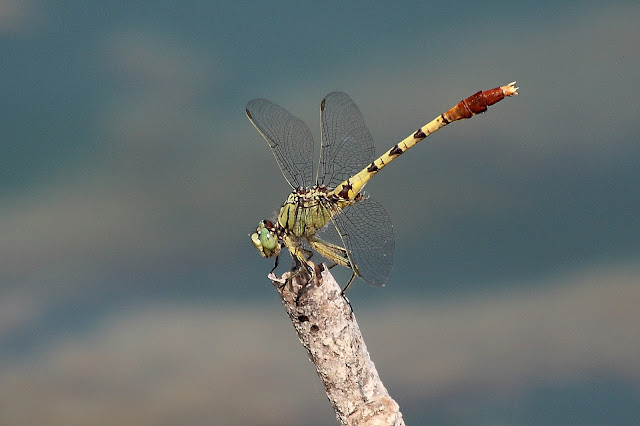 While Erv spotted the season's first Flag-tailed Spinylegs yesterday (which I haven't see yet this year), I found a Jade Clubtail today (5th), perched on a limb at the SW corner of the north lake's west bay. This is the first one I've observed this year. The Jade Clubtail is similar to the Flag-tailed Spinylegs, but doesn't have the "flag", blue eyes, and extensive markings on the thorax and abdomen.