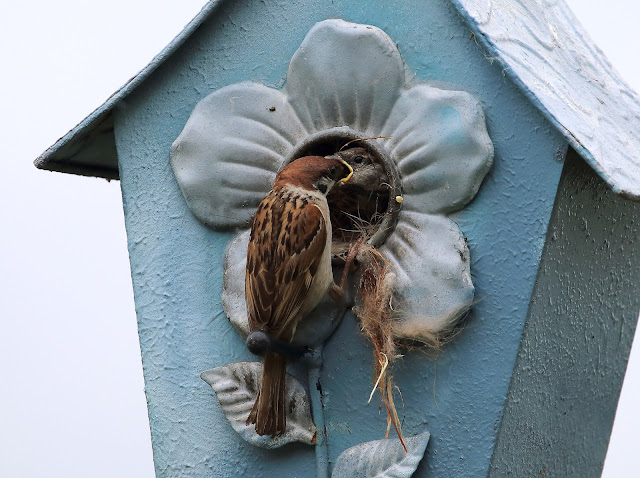 A female Eurasian Tree Sparrow feeds her hybrid nestling in a box along the south side of the south lake.  This is her second brood of the season.  Three fledged from the first brood.  The female is mated with a male House Sparrow.

Twelve Eurasian Tree Sparrows from Germany were released in St. Louis, Missouri, and have slowly spread along the Mississippi River corridor, reaching SE Iowa in early 1987, with the first confirmed nesting in 1993.  This species is now spreading out to other counties. (Wolf. Oesterreich, 6/29/20)
Posted by Kevin Kane at 7:48 PM