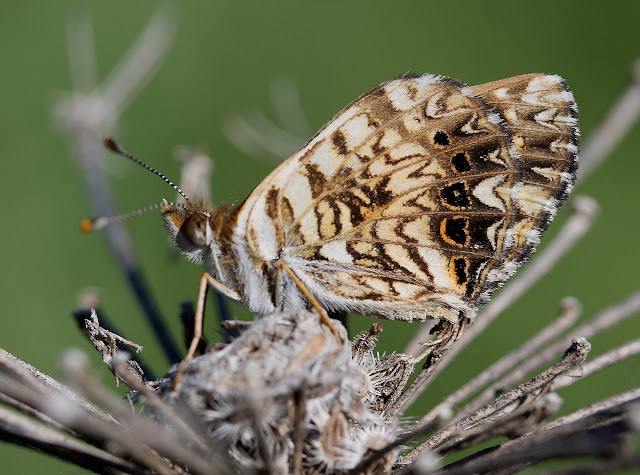 While walking back from Pond G I came across a small species of butterfly, Gorgone Checkerspot, that I had never seen before. It was very cooperative as it perched on top of a dead (last year's) flower head. despite the blowing wind. This species occurs regularly throughout the southern three-fourths of Iowa and is found in a variety of open habitats. They emerge in late April to early June, with a second brood from late June to late July, and the third in August. They are not as common as the Pearl Crescent.