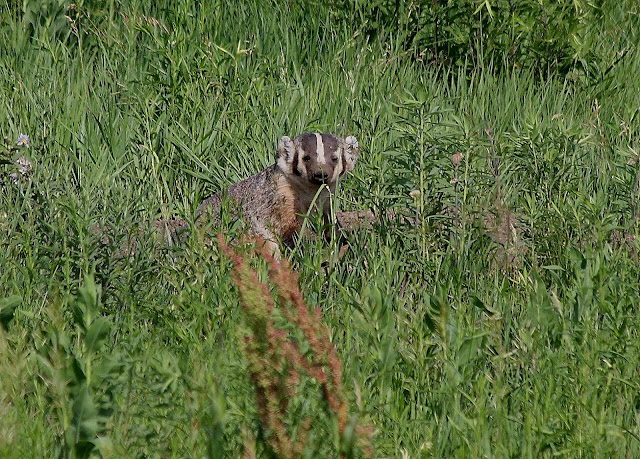 This afternoon I recorded the first North American Badger (that I have seen) for the Park. I found it outside its burrow, near the NW corner of the Upland Trail. I had seen a large burrow on the other side of the trail for over a week and suspected the presence of badgers. Now it is confirmed.

A Woodchuck has been sighted at the diminishing Pool F at least twice within the past week. (A few years back, one was killed by two unleashed dogs.)