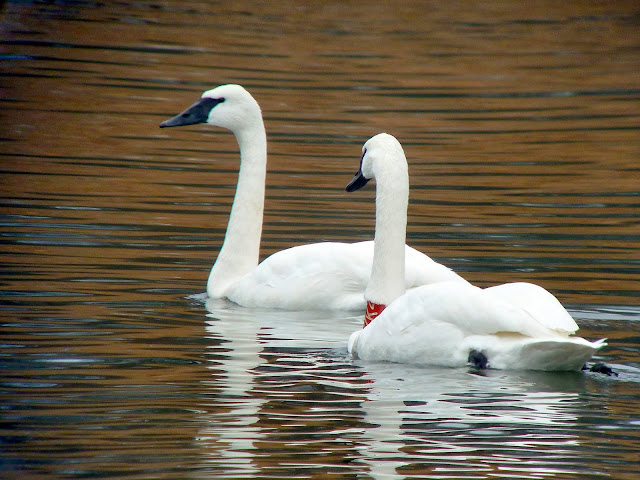 Nine Trumpeter Swans (6 adults + 3 juveniles) were found on the south lake this morning (4th).  One, a female, had a red collar (# 7K4).  She has visited the Park many times in the past.  She was hatched in 2005 at the Lincoln Park Zoo in Chicago and was released 1 mile south of Granger on 10 May 2006.  Her first mate was killed (along with the juveniles produced that year) by a car (in 2010?) when the family was walking to another pond after theirs dried up.  She has since had other mate(s) and raised several broods of cygnets, usually near Story City.