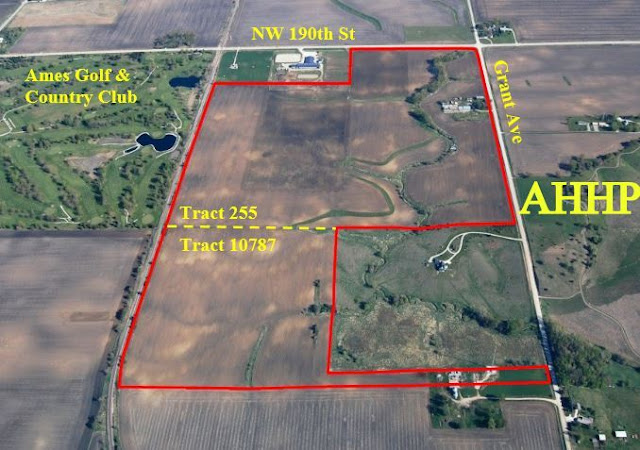 What follows below is an email letter that I just sent to City Council, the Mayor and City Manager. Tomorrow evening, August 11, the City Planning and Zoning staff will be asking the Council for direction on how to proceed on the request for amendments to a pre-annexation agreement from the developers of Rose Prairie, a 170-acre property west of Hayden Park. It is important to note that approval of any of the amendments will not be made tomorrow evening, but this is an alert that if the Council directs the staff to proceed, this issue will come up at a later council meeting.

You need to consider the request from Rose Prairie LLC to amend the pre-annexation development agreement for their development very carefully. Their proposal for a huge increase in housing units essentially violates the intention of the City Council back in 2008 to require low-impact development (LID) practices on the land bordering Ada Hayden Heritage Park.

Eight years ago, I supported annexation and development of the properties bordering the park because LID designs, often misnamed Conservation Development, would protect the water quality of Hayden Park Lake better than the abusive agriculture that continues to be practiced on this land. The long delay has allowed a steady flow of nutrients to continue into the park's wetlands and lake. I called for water quality monitoring back then to assure that the wetlands were doing their job. Unfortunately, the city decided to discontinue monitoring after Dr. John Downing's last report in 2006. Dr. Bill Simpkins later reports on phosphorus content in ground water entering the lake was also a warning. Although I have not had the means to do the require chemistry, I have observed a slow but steady decrease in water clarity over this time. The influx of common carp into the wetlands and the shear volume of nutrients entering the wetlands suggests that the wetlands are not functioning as well as they could.

This summer there has been two events of significant algal blooms in Hayden Park lake. The first of these occurred in late May 2015 when the lake was so brown that I thought it was sediment coming from some construction site. Finding no obvious site of soil erosion from a construction site, I looked for other answers. A biologist from the Iowa DNR who had been canoeing on the lake suggested that decaying plant material in bottom sediment (which is loaded with nutrients) rose to the surface and caused a rapid bloom of brown diatoms, a type of algae. After several weeks, water clarity improved somewhat. A second, less severe, diatom bloom occurred in early July. Symptoms such as this indicate that water quality is trending in the wrong direction.

Now, a developer intends to reverse all that we have debated and waited to accomplish for the last eight years. If allowed to go forward it will set a precedent for the other developers to ask for more concessions. It is my understanding that Hunziker has still not agreed to develop the land to the south of Rose Prairie as an LID.

In your deliberations, please make sure that the LID concept is strictly adhered to. The loss of Hayden Park lake for recreation and fishing will be a disaster for the community. The long delay in protecting the watershed and the lack of adequate monitoring may mean we are already too late.
Posted by Kevin Kane at 1:41 PM