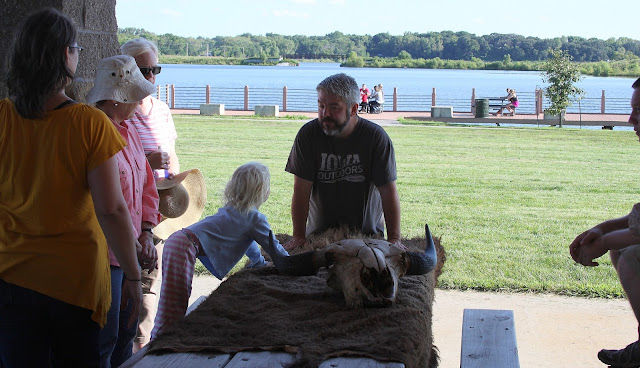 Photos:
#1 (above): Pete discussed his research which dealt with the role the Bison played in seed dispersal within a prairie.  The two main venues for dispersal is through the digestive system and hanging onto the fur coat.  He mentioned that he had processed many Bison poop samples.
#2 (below): Pete spoke of prairie restoration and of prairie plants, both native and non-native.He led the group to an area in the north part of the Park that had been restored (to an extent).
#3 (bottom): Pete brought some specimens of mammals that can be found utilizing prairie habitats.
8/22/15 (Wolf. Oesterreich) 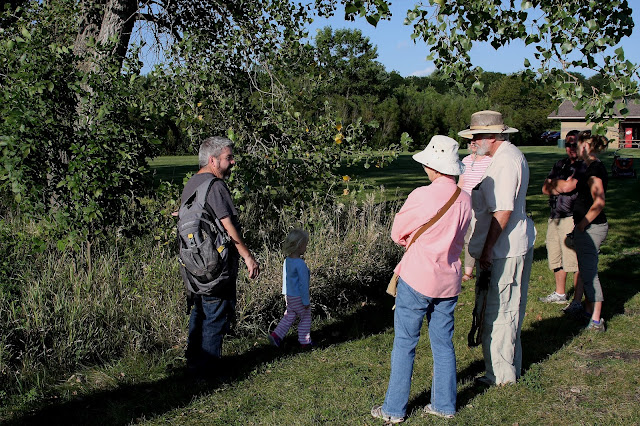 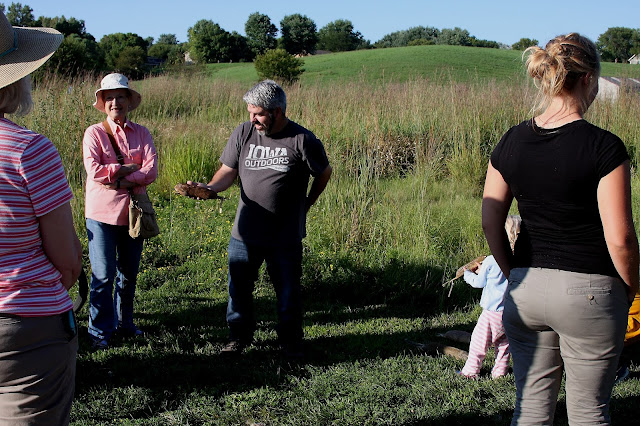