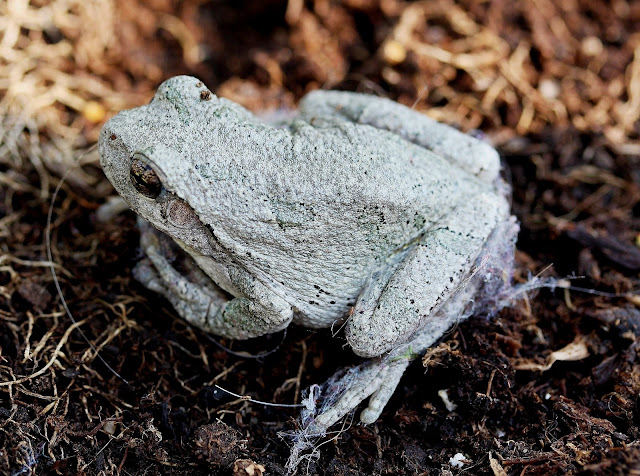 There are two species of Gray Treefrogs in Iowa: Cope's Gray Treefrog (Hyla versicolor) and Eastern Gray Treefrog (H. chrysoscelis).  Separating live specimens is a hopeless task, since the biggest difference is the number of chromosomes.  The Cope's has tetraploid chromosomes while the Eastern has diploid.  However, it is fairly easy to separate them by song.  Unfortunately, this treefrog did not utter a sound.  Gray Treefrogs can be gray, black, or brown when cold or sitting on something of that color.  When warm or sitting on something green they can become vivid pea-green.  They have enlarged toe pads that act as suction cups.  The groin and undersides of the rear legs are often washed in yellow or orange.  It was orange for this specimen.